A well-known property of heuristic search based algorithms like A* or IDA* is that if the heuristic never overestimates the true cost-to-goal - that is, $h(s) \leq h^*(s)$ - then the plans produced by these algorithms is guaranteed to be optimal. Such a heuristic is called an admissible heuristic.

An alternative approach is to learn heuristics from data using machine learning algorithms. For example, consider the popular 15-puzzle. The aim of the 15-puzzle is to reach a goal state from some start state by sliding a blank tile in a direction and swapping that blank tile with the adjacent number in that direction. 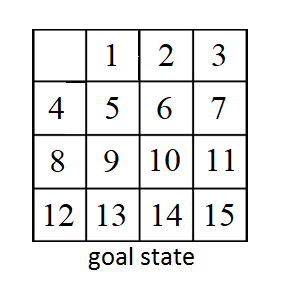 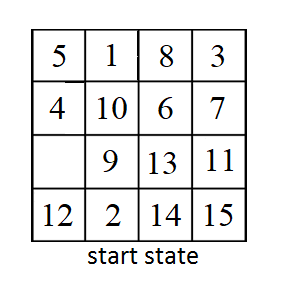 Now, suppose we have a set of optimal plans for a set of 15-puzzle tasks, where each plan is for a 15-puzzle task with a different start state. Then it is possible to use these plans as training data for a supervised learning algorithm, such as a neural network, to learn a heuristic. Since supervised learning algorithms generalise to unseen data, such heuristics can then be applied to new, previously unseen tasks i.e. 15-puzzle tasks with different start states to what was observed in training.

Producing plans for training data can be prohibitive. This is especially true for domains with large-state spaces for which producing optimal plans is computationally expensive.

An alternative approach is to apply a bootstrap learning procedure that interweaves planning and learning [2].

The bootstrap procedure works as follows:

Start with some initial weak heuristic $h:=h_0$ and some integer $k>0$. The heuristic $h_0$ can be, for example, a neural network with random weights.

The bootstrap procedure described above has two major limitations.

As an illustrative example of these uncertainties, consider a biased coin that lands on heads with probability $p$, and assume we do not know $p$. Suppose we have never flipped the coin before. Since there is no data to estimate $p$ and we would have high epistemic uncertain over $p$. As more data is obtained by flipping the coin, we can estimate $p$ more accurately and thus reduce our epistemic uncertainty.

Coin tossing is modelled as a Bernoulli distribution which is known to have variance $p(1-p)$. Therefore, even if we know $p$, the process of coin tossing still has probabilistic variation that cannot be explained away no matter how much data we observe, and this is called aleatoric uncertainty.

While we have explained the concepts of epistemic and aleatoric uncertainty in the context of modelling a coin toss, the idea can be generalised to models of other processes. In particular, Bayesian neural networks are neural network architectures that, given some input, produce measures of epistemic and aleatoric uncertainty in addition to making a mean prediction [3,4].

We therefore propose two enhancements to the bootstrap learning procedure:

The key idea behind this approach is that we seek uncertainty when generating tasks because we are more likely to sample states with high epistemic uncertainty. These tasks are then solved by the current heuristic to produce plans. In the next training iteration, the heuristic learns from these plans, thereby reducing the epistemic uncertainty on these tasks. Consequently, In the next run of task generation the procedure will generate tasks that are different from what was previously observed in training. This approach to task generation is more sample efficient that taking random steps back from the goal because the steps are directed to areas of the state-space that are still unexplored. 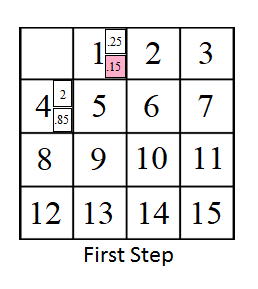 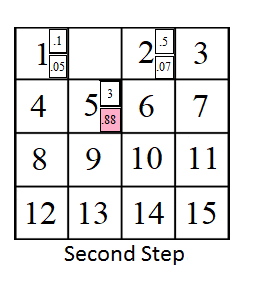 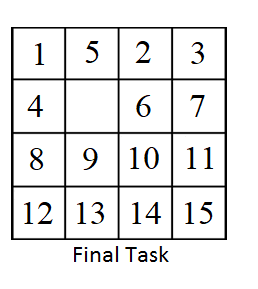 For the second enhancement, we propose to use a more conservative statistic than the mean. In particular a standard feed-forward neural network only produces a single output which predicts the mean of the process as inferred from the training data.

In our paper we assume that the output follows a normal distribution, and so with Bayesian neural networks the output is an entire distribution parameterised by a mean output and a variance output. The variance output is comprised from a function of the epistemic and aleatoric uncertainty measures produced by the network. Therefore, rather than using the mean we use a more conservative statistic, such as the 25th percentile, during planning.

In our paper we run experiments on the 15-puzzle, 24-puzzle, 24-pancake and 15-blocksworld domains illustrating that our approach is able to efficiently learn likely-admissible heuristics for these domains.

For more details please refer to the full paper as well as the supplementary material .

There is also a C# implementation for all domains used in the paper on GitHub.